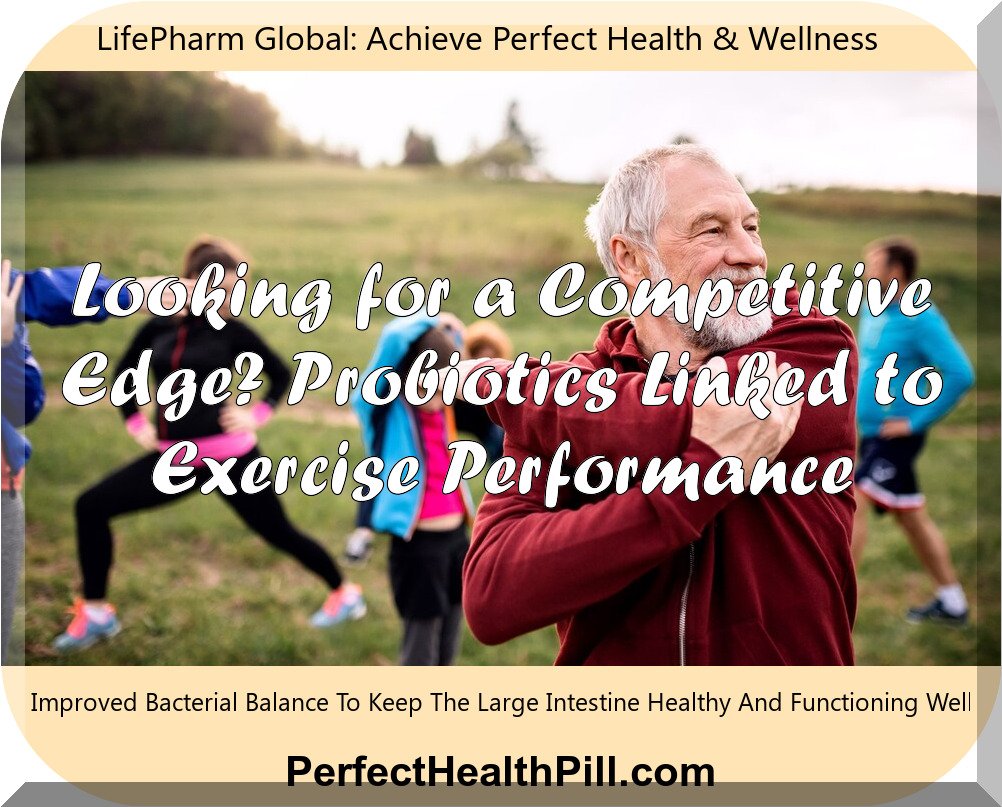 Over the years, we have learned that what we put in our body also influences our gut microbiota. Gut microbiota can influence a number of health factors: genetics, stress, exercise, nutrition, age and more. As ongoing research gains interest and momentum, there are many reasons to consume probiotic and prebiotic supplements.

What is Known About Gut Microbes and Health Conditions?

It is well known that a healthy gut affects the rest of your body and its immune system, but did you know that:

Hot off the newswire: exercise has been confirmed to increase gut microbial diversity in humans. Increasing gut microbe diversity refers to having a large variety of types of bacteria in the gut. This seems to be an important factor in the relationship between supporting a healthier immune system and better metabolic factors. Many factors influence the microbes that inhabit your gut, and it is the interplay of these that makes your gut biome unique and healthy. New research is shedding light on these relationships.

The Link Between Exercise Performance and Diet

Athletes and elite performers were found to rely on different diets than the average person. In the study, rugby players and non-athletes were evaluated. The rugby players were compared to non-athletes with both a low and high body mass index (BMI) to observe possible differences. It was found that the rugby players consumed higher quantities of calories, protein, fat, carbohydrates, sugar, and saturated fat per day than the non-athletic group.

While meat, and meat products were the top contributors of dietary protein across all groups, supplements were the second-highest (15 percent) contributor to protein in athletes. Non-athletes did not add considerably to protein consumption.

Protein accounted for considerably more of the total energy intake (22 percent) of athletes than others. The largest difference in athletes vs. non-athlete groups showed that athletes ate more fruits and vegetables, while non-athlete groups ate more snacks. A strong correlation was found between protein consumption and microbial diversity as their gut microbes were analyzed.

Although research is new in the area of exercise performance, probiotic and prebiotic consumption, it is showing that differences do exist.

The Link Between Endurance Exercise and Probiotics

A recent study by Mach and Fuster-Botella analyzed 18 studies and concluded that probiotics may have an ergogenic role during endurance exercise. An ergogenic role is anything that gives you a mental or physical edge while exercising or competing.

Although the researchers do not specifically identify an ergogenic role of probiotic therapy, the studies show signs of how probiotics enhance immune function, neutralize free radicals and normalize gut mucosal permeability, which might improve performance in athletes undergoing intense physical training. Thus, probiotic supplementation could act as an indirect ergogenic aid.

DIGESTIVE+++ contains the probiotic Lactobacillus sporengens, (now called Bacillus coagulans). It was renamed by the biologists because it is a spore forming Lactobacillus bacteria. It survives digestion and storage conditions optimally, so when you consume the caplets they’re viable and make it through your digestive tract to positively influence the microbial flora in your gut.

Prebiotics in DIGESTIVE+++ have been shown to support Bifidobacteria which is beneficial bacteria. When your gut is inhabited by good microbes it competitively inhibits bad bacteria.

LAMININE provides a source of easily digestible amino acids and proteins in addition to its unique categories of growth and cell-stimulating factors from the unique LifePharm egg. Supplementing with amino acids and easily assimilated proteins as found in the LAMININE formula have numerous functions in the body, one being to help build muscle mass especially when consumed around the workout time.

Whether you’re an athlete or a non-athlete, adding DIGESTIVE+++ and LAMININE to your regimen could rev up your exercise endurance and improve your general health.