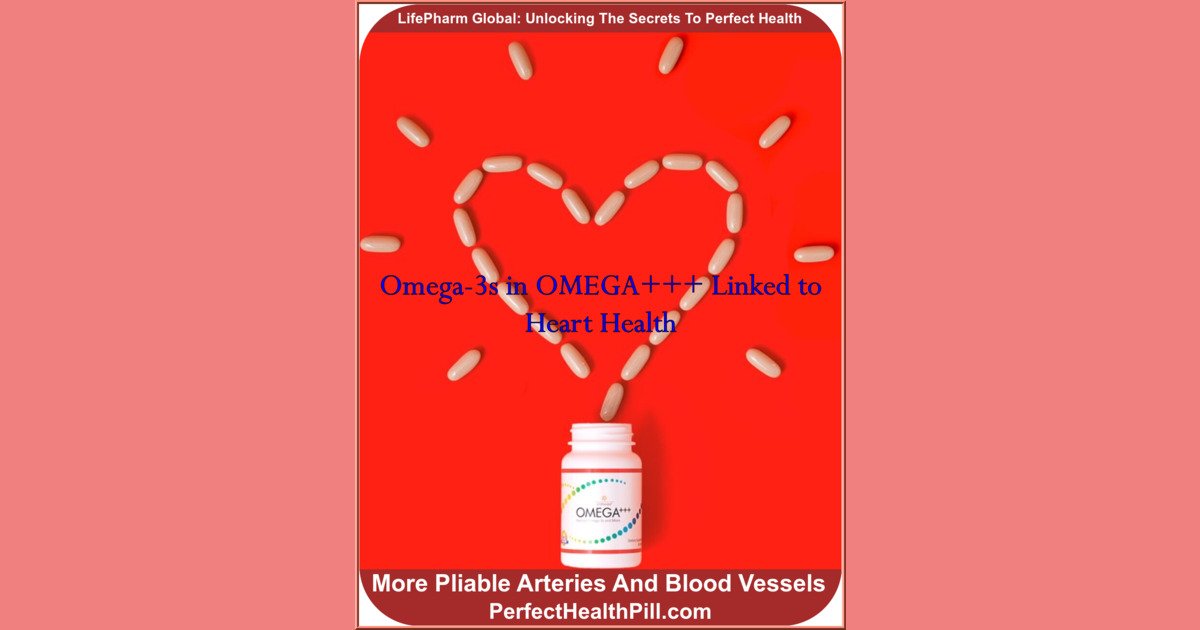 Cardiovascular diseases are the leading causes of death in Europe and a higher incidence occurs in women than in men. In the United States, it is the number one cause of death. In addition to promoting education and raising awareness, studies are being conducted to see what women can add—or subtract—from their lifestyle and diet to ensure a longer and healthier life.

According to the Centers for Disease Control and Prevention , the conditions and choices that can put a person at risk for heart disease include diabetes, overweight/obesity, poor diet, physical inactivity and excessive alcohol use. Symptoms of heart disease include heart attack, arrhythmia, heart failure and stroke.

Many studies have shown that people with higher (vs. lower) omega-3 index levels are at a decreased risk for a variety of unhealthy conditions involving the heart, brain, mood disorders and inflammatory conditions. People who consume larger amounts of quality fish oil have shown even healthier lives from large population studies indicating this consumption may support overall health and wellness.

It should be noted that omega-3 fatty acids from flaxseed oil (alpha-linolenic acid or ALA) will have little to no effect on your omega-3 index. ALA from flaxseed has some other health benefits, however, it is not an effective substitute for EPA and DHA. To make sure your omega-3 index levels remain in the preferred target range, you should have them re-checked every six months.

A recent study shows 97.3 percent of middle-aged German women had blood levels below the optimal omega-3 threshold suggested for the most favorable heart health protection. The frequency of cardiovascular disease is higher in middle-aged women, amounting to a frequency of 35.5 percent among women aged 40 to 59 years.

The results indicated that German women need to consume more omega-3s in their diet.

Dr. Harris’s research has recently been devised into a standardized test, whereby one can have their omega-3 DHA and EPA levels evaluated from a simple blood test done at home. One can order the kit, do a finger prick and put a spot of blood on a cardboard test panel, then send it back to a lab.4 The analysis reveals to the subject the percentage of EPA and DHA found in the blood.

The lowest cardiovascular risk is associated with a high omega-3 index of greater than 8 percent. The group at the highest risk were people with an omega-3 index level of less than 4 percent.

The investigators conducting the study on 446 women, aged 40 to 60 years old, commented that the long-chain omega-3 Polyunsaturated Fatty Acid (PUFA) status in German women is—and should be—improved, in order to lower the risk of cardiovascular diseases and cognitive decline.

The results of the study reported that the average omega-3 index score for the overall group was 5.49 percent, falling into the low range. In conclusion, the study revealed a total of 62.8 percent of women had low omega-3 index levels (4-6 percent).

How to Improve Your Omega-3 Index Level

OMEGA+++ by LifePharm contains a quality, natural source of omega-3 fatty acids from a small, oily fish similar to a sardine, which naturally contains an optimal ratio of omega-3 DHA and EPA. OMEGA+++ has also been fortified with the exclusive LifePharm Fertilized Avian Egg Extract. Additionally, it contains CoQ10 extended release (ER) and vitamin K2.

Studies with CoQ-10 show that adequate levels in the blood are associated with positive heart outcomes in clinical studies. This cofactor is necessary for continued energy production in heart cells. Because heart tissues are in constant motion, pumping all the time, much needed CoQ10 is very important.

Vitamin K2 is essential for supporting cardiovascular health by preventing calcium deposits in the blood vessels and helping it redistribute to bones where it is needed. Supplement your diet with OMEGA+++ with two to four capsules daily to improve your omega-3 index levels. LifePharm brings you the best ingredients in one supplement to truly support your heart health.