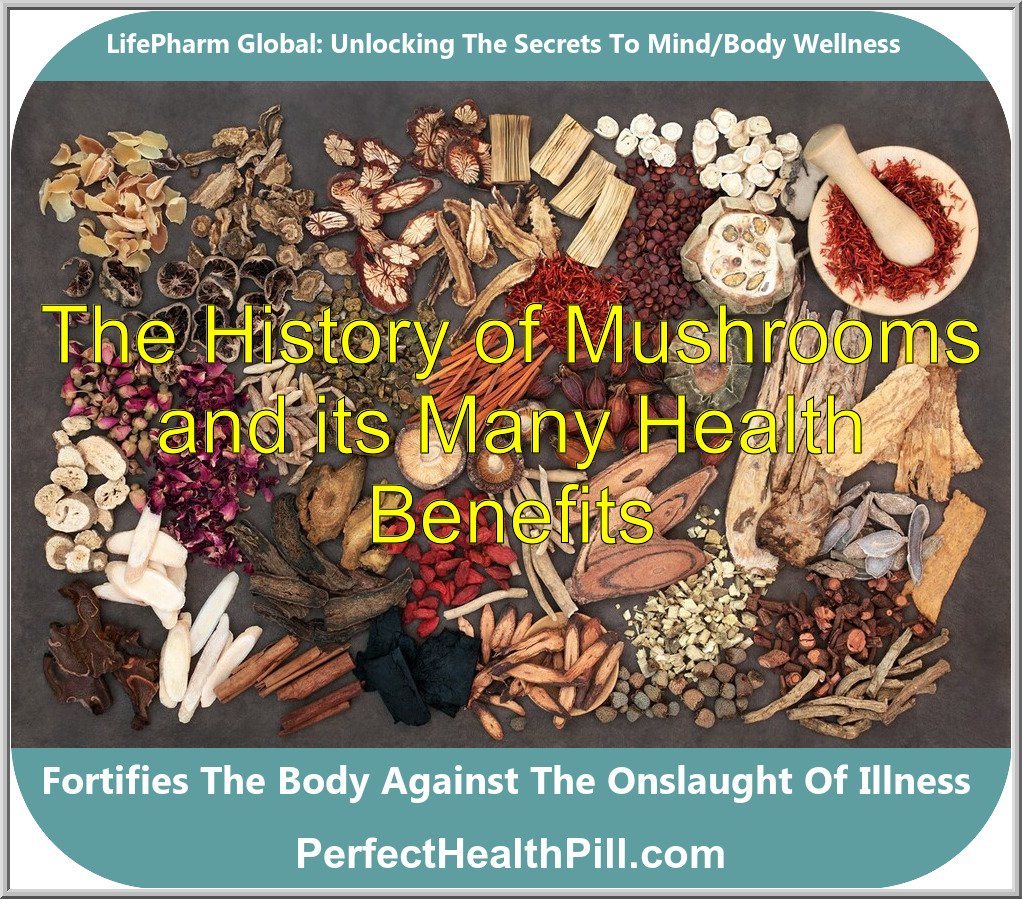 Mushrooms have been considered superfoods in various Asian cultures for more than 2,000 years and have an esteemed place in the pantheon of traditional Chinese medicine. Now science and tradition are coming together, as focused research on particular mushrooms have recently shown phenomenal potential for health benefits.

IMMUNE+++ has been formulated with a substantial serving of three exclusive mushrooms—Reishi, Maitake and Turkey Tail. This article will focus specifically on the Reishi mushroom. Upcoming articles will focus on the others, so you can understand why IMMUNE+++ is formulated with this very special mushroom blend, in addition to the unique Life-C vitamin C blend with citrus bioflavonoids, herbs and botanicals.

Some of the misconceptions about mushrooms are that they carry little nutritional value. In reality, only mushrooms contain L-ergothioneine, a powerful antioxidant that has its own transport mechanism once inside the cell.

Mushrooms tend to be high in:

Most astonishingly, mushrooms also contain a variety of polysaccharides, which are showing stronger immune support than many previously tested compounds and validated for their health benefits.

Rest and Healthy Nutrition – The Key to Good Health

The concept of using nutrition as a way to heal, goes way back in time. Hippocrates is considered by many to be the father of modern medicine. He believed that the human body basically needed adequate rest, proper diet, exercise, clean air and herbs. Although some people today might disagree with his viewpoint, very often when your healthcare practitioner says, You need rest, exercise and good nutrition, this is exactly what Hippocrates meant.

The Chinese and the Egyptians were among the first people to appreciate the value of the mushroom. Egyptians associated mushrooms with immortality and included them in the diets of the pharaohs and other royalty. Many countries in Asia and Eastern Europe have been fascinated by mushrooms for years. In China, the mushroom is associated with longevity.

Today, the mushroom is part of expensive cuisines in restaurants around the world. It also contains precious ingredients used in modern medicine. The mushroom is used as an effective leavening and fermenting agent in food processing.

In 2008, the University of California at Davis published a review of medicinal mushrooms and encouraged further research by way of clinical trials. Subsequently, the mushroom has ceased to be just a wild fungus growing from decomposing material and has taken its place as a commercial and highly valuable crop.

The History of Reishi Mushrooms

In cultures that have used mushrooms for healing, the fungi are called adaptogens and replenishers. The Reishi mushroom is known by various names: Lingzhi/Reishi Mushroom , Língzhı, Young-Ji, 灵 芝, 영지 and Ganoderma Lucidum.

In classic Chinese texts, Lingzhi is mentioned close to 100 times, showing just how important the mushroom was to the people from the East. The Reishi mushroom is referred to as the Mushroom of Immortality and an Elixir Life in the Hanshu Book of Han. In Eastern Asia its medicinal value has been acknowledged for more than 2,000 years.

The Reishi mushroom is acclaimed in the American Herbal Pharmacopoeia and Therapeutic Compendium as well as in other literature. The Divine Farmer’s Classic of Pharmaceutics classifies the mushroom into 6 categories based on their colors with each color associated with an organ in the human body.

There are multiple health benefits that come with Reishi mushrooms. According to the State Pharmacopoeia of the People’s Republic of China (2000), Reishi acts to:

Benefits of Reishi Found Through Science

Laboratory tests have confirmed that the mushroom has extracts that fight some types of proliferating cellular growths in male and female organs, specifically breast and prostate tissues.

When tested on animals , the Reishi mushroom was found to work just like the Shiitake mushroom in helping to keep disrupted and mutated cells from multiplying and spreading to other locations in the body. It may also help cut off blood supply to cysts or outgrowths.

Currently, extracts from the Reishi mushroom are in use commercially in some pharmacological preparations because of various biochemical activities that support the maintenance of health. Other known health benefits include:

In addition, Reishi has been used to support various human conditions, such as:

Different compounds with various biological activities were extracted from mycelia, the fruiting bodies or spores of the Reishi mushroom, and some of them were linked to beneficial effects. Clinical and basic research studies are continuing to help decipher the agents that seem to be responsible for the various health benefits of the Reishi mushroom.

IMMUNE+++ contains a synergistic, balanced blend of the finest quality mushrooms. When combined with the Life-C blend of highly bioavailable vitamin C—which is two times more potent and stays in circulation twice as long as other vitamin C forms—this formula clearly has superior benefits. Take one to two tablets daily or more depending on your own health needs and guidelines. This formula was exclusively designed to optimize your health and immunity.