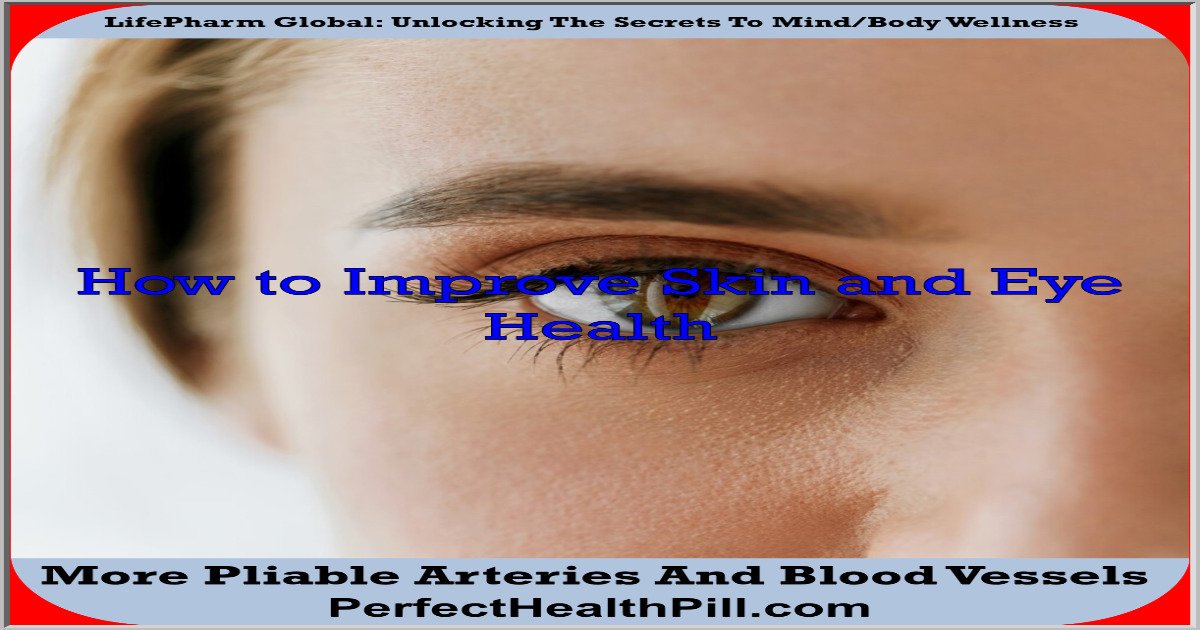 Skin cancer diagnoses worldwide are at an all-time high. Protecting your skin is not just a beauty issue but also a health issue.

Why the Sun Can Damage Your Eyes and Skin

The ozone layer is a natural layer of three oxygen molecules above the earth’s atmosphere that helped to divert UV rays from bombarding the earth at such high intensity. With the advent of using chlorofluorocarbons (CFCs) and other industrial chemicals, this protective layer has thinned, exposing us to harsh UV rays now more than ever.

Over the last few years, several studies in animals have shown that consumption of omega-3 fatty acids (EPA) provides a protective effect against severe ultraviolet radiation as caused by sun damage.

Severe sun damage leads to mutated skin cells and lesions on the skin. Although it is not known exactly which mechanisms may be responsible for helping to protect the skin from ultraviolet radiation induced DNA damage in humans or animals,several mechanisms have been proposed:

The group supplementing with omega-3s showed an 800 percent increase in circulating omega-3s in the blood. Sunburn sensitivity was reduced by taking the omega-3 oil but not the oleic oil.

When the subjects’ skin was exposed to ultraviolet radiation, several measurements of severe skin damage were assessed. Skin damage markers were significantly reduced in the group that took the EPA omega-3 supplements vs. the group that received the oleic oil. Omega-3 EPA helped to reduce some of the damage to the skin normally caused by strong ultraviolet radiation exposure.

The authors concluded that there was less damage to the DNA structures within the skin cells. They concluded that dietary EPA consumption may protect against acute ultraviolet radiation-induced damage to the cells responsible for severe skin damage leading to mutations and skin lesions.

How to Reduce Risk of Age-Related Macular Degeneration

Age-related macular degeneration (AMD) is a condition in which the macula, the part of the eye that is responsible for your sharpest and most detailed vision, begins to thin and break down, causing vision loss. If not treated, it can lead to blindness.

It is thought that exposure to sunlight over the years may promote age-related macular degeneration. This is called photo-oxidation. To protect your eyes, reduce your exposure to oxidant damage caused by too much sun exposure.

Several large studies have been conducted throughout various parts of the world to find out if particular nutrients in the diet may have an effect on reducing the risk of age-related macular degeneration (AMD).

Antioxidants & ZincOne of the largest studies conducted by the Federal Government’s National Eye Institute , of 3,600 participants, called the Age-Related Eye Disease Study (AREDS), has found that taking high levels of antioxidants and zinc can reduce the risk of developing advanced age related macular degeneration by about 25 percent.

It was found that consuming vitamin C, vitamin E, zinc and diets high in antioxidant pigments may play a key role in helping people at high risk for developing advanced AMD to keep their remaining vision.

The other surprising discovery was that participants in the study who reported the highest consumption of omega-3 fatty acids were also significantly less likely to have neovascular AMD. There is no surefire way to prevent AMD. However, there are things you can do to delay its onset or reduce its severity.

4 Ways to Improve the Health of Your Skin and Eyes

Improve your skin and eye health by actively incorporating the following steps into your day to day life.